So, why are you seeing a post like this on my fitness website?  Well, music is a driving force behind my workouts and on those days when I actually don’t feel like hitting my home gym, the escape music provides for me is often what gets me to push play.  Also, many of my followers first connected with me through our mutual love of hard rock and metal, so as we wind down 2017, I would like to share with you my top 5 albums of the year.

Before I get to the list I should preface things with the fact that I really don’t listen to a lot of “new” music these days.  My favorite bands have put out enough quality music over the last three decades to keep me going for a lifetime so I often stay in that zone for my workouts.  Secondly, I spend June and July at my cabin in the woods and while I am in relaxation mode I always fall back into classic rock mode via the greatest classic rock station I have ever heard 95 GMO out of Shell Lake, WI.  I go old school while am up there – classic rock on an old-fashioned radio.  I even dig the Northwoods small town commercials.  So before you go nuts on me for missing a great album, please keep all of the above in mind.

5. Mastodon – Emperor of the Sand 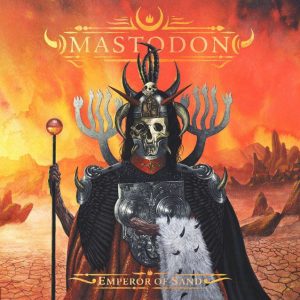 As usual, Mastodon takes you on a wild, progressive, thematic, ride with their latest concept album.  It’s a bit more refined and “accessible” than some of their previous albums (which I like), but still pretty damn “far out”.  It’s probably more of a headphones album than workout album but excellent just the same.

4. Sons of Texas – Forged by Fortitude 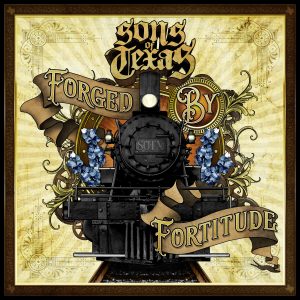 This was my introduction to Sons of Texas and after one time through, I immediately purchased, their previous album, “Baptized in the Rio Grande“, which I actually like even more than this 2017 release.  “Forged by Fortitude” starts off a few very aggressive, in-your-face tracks that will immediately conjure up thoughts of Pantera, especially vocally.  From there, it splinters off into a variety of directions, including a few more “radio rock” sounding tunes.  It’s kind of all over the place but yet seems to fit together as an album.  I hear influences of everything from Alice in Chains and Pantera to ZZ Top and Stevie Ray Vaughn.  It’s very Texas metal sounding.  It’s just a “fun” record to listen to.

It’s Iced Earth.  It’s chugging riffs, anthemic choruses, double-bass drum onslaughts and lyrics about pirates, vikings, and monsters.  What is there not to love?  In my opinion, vocalist Stu Block not only comes into his own on this album, but he shines. 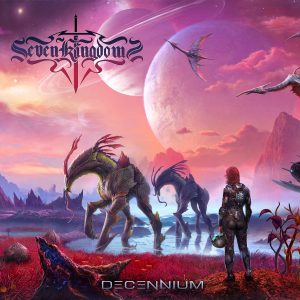 Hands-down my album of the year.  It’s dynamic, it’s emotional, it’s enchanting, it’s outeffingstanding.  I don’t know what else to say other than it’s an incredible piece of work.  In fact, this is probably my favorite album of the last several years.  Unleash the Archers completely nailed it on Apex.  It gets stronger with each song all the way through the ending title-track.  Oh, and if you are lucky like me, you can get your hands on the Japanese import version with a cover of Queensryche’s “Queen of the Reich”.

Please support the bands that provide you with the soundtrack of your life!  Get out there and see them live!

What are your albums of year for 2017?  Please comment below!